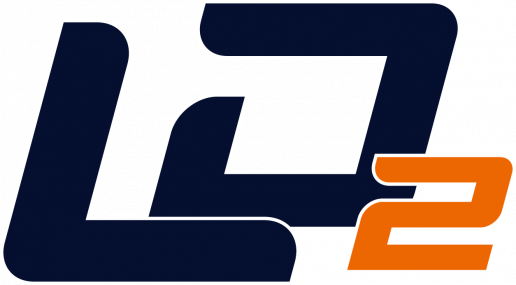 The philosophy of our company is to provide the customers with tools so that the maximum independence from suppliers and service providers is given. We currently provide the following interfaces:

Work is already in progress on other interfaces.

The DXF format accepts the third party geometries that can be imported into the system or exported from the LD2 GIS as such.

It represents a detailed representation, but at most attribute data is displayed as text next to a line. Therefore, no further attribute data can be transferred apart from the visible texts. The texts are also not linked to the geometries.

With the DXF export, you can decide whether the section (or the entire project) should ultimately remain in the project coordinate system or whether it should be transformed into another coordinate system.
We have many customers who work in UTM/ETRS89 but still have to export their data in the old Gauss Krüger/DHDN. That's no problem for us at all!

You can import data from engineering offices or construction companies into the LD2 GIS in the form of DXF files. So-called sketch elements are created that do not yet represent LD2 objects. However, these can be converted into objects using special conversion functions in the LD2 GIS.
Thus, these objects (lines, symbols) get attribute information and can then be exported as a SHP file for further use or remain in the LD2 GIS.

Before importing the DXF file, you can also decide whether the file should be imported into a different coordinate system. We support the use of the NTV2 transformation file from the state office (for German customers).

Shape data can be imported into the LD2 GIS. During the import, a corresponding LD2 GIS object is automatically generated for each geometry. The subsequent match statistics can be called up in real time immediately after the import. Attribute data are also transferred in real time and are automatically linked to the LD2 object.

Each object definition can, by itself or on the basis of the results of SQL queries, define an ensemble of objects that are subsequently used as geometry as well as with the corresponding Attribute data can be exported to shape files. An exported shape file is created for each object type, so that you also have the option of selecting an individual number and type of attribute data that you want to export for each object type.

If you wish, you can establish an ALKIS NAS interface and use this land registry-related standard exchange interface to independently enter the ALKIS data into the LD2 GIS system.

We have completely revised our master data import interface for ISYBAU in summer 2021 and this is now also available to you.

An ISYBAU master data export interface is currently available in the LD2 GIS with which the Sewer network can be digitally exported in ISYBAU format.

Do you have a digital Camera inspection carried out and ISYBAU data received in 2006 format from the sewer operator, this data can be imported into the system with the status assessment import interface, provided that the data was previously exported with the ISYBAU master data export interface and handed over to the camera operator.

This must be done to ensure that reach numbers and manhole numbers are clearly assigned for the import. the Video data are automatically assigned in real time by the import interface to the respective sewage systems as sewer videos, and the stations with the corresponding branches, outlets or defects with the damage class can also be temporarily displayed.

To existing Measurement coordinates with coding To be able to import, we offer an ASCII import interface. If there are object definitions that match the encodings contained in the file, all imported points are automatically imported into GIS objects converted and already displayed in the correct level and with the correct symbol.

This interface has a pre-data check, which means that all the data in the file is checked for compatibility before importing.

The Google Earth Export is a highly efficient and valuable tool with which GIS data including their attribute data can be conveniently exported and, for example, handed out as a hydrant plan for the fire brigade by e-mail. Other possible uses are, for example: preparation of subdivision or planned pipeline networks. It can be made available for a meeting room, beamer, or even for smartphones of the community.

This website uses cookies to improve your experience while you navigate through the website. Out of these cookies, the cookies that are categorized as necessary are stored on your browser as they are essential for the working of basic functionalities of the website. We also use third-party cookies that help us analyze and understand how you use this website. These cookies will be stored in your browser only with your consent. You also have the option to opt-out of these cookies. But opting out of some of these cookies may have an effect on your browsing experience.
Necessary Always Enabled
Necessary cookies are absolutely essential for the website to function properly. This category only includes cookies that ensures basic functionalities and security features of the website. These cookies do not store any personal information.
Non-necessary
Any cookies that may not be particularly necessary for the website to function and is used specifically to collect user personal data via analytics, ads, other embedded contents are termed as non-necessary cookies. It is mandatory to procure user consent prior to running these cookies on your website.
SAVE & ACCEPT
0
0
Your shopping cart
Your cart is empty
Continue shopping